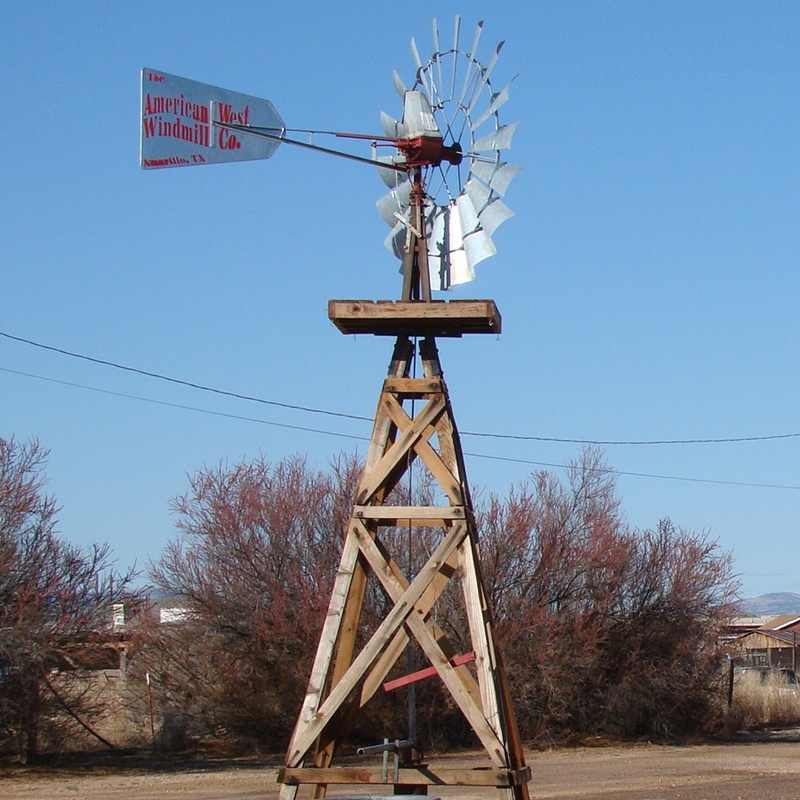 In partnership with the Winslow Windmill Project and Winslow Chamber of Commerce, the Old Trails Museum continued its “History Highlight” program series on May 23 and 24 with Winslow Branding Days. The free two-day event kicked off with the presentation of “The Hash Knife Around Holbrook” on Friday, May 23, at the Winslow Visitors Center/Hubbell Trading Post. On Saturday, May 24, the new Winslow Windmill, located behind the Visitors Center, was celebrated with a dedication, chuck wagon, and branding by area ranchers.

On Friday night, author Jan MacKell Collins explored the diverse history of the Hash Knife brand in Texas, Montana, and Arizona with stories of cowboys and historic images. The latter included family photographs from her ancestors George Hennessey and Frank Wallace, two of the last Hash Knife cowboys to work for the brand before its sale to the Babbitt Brothers at the turn of the last century. The brand left its mark on Holbrook, Joseph City, and Winslow, and its legacy is kept alive through the Hash Knife Pony Express Ride that starts from the Historic Navajo County Courthouse each January. Collins sold and signed copies of her new book, The Hash Knife Around Holbrook, after her presentation.

At 2:30 pm the following day, Mayor Robin Boyd dedicated the new Winslow Windmill, which was recently constructed at the west end of the First Street Heritage Park near the Winslow Visitors Center. Area ranchers then burned their brands onto the windmill tower while a team of Dutch oven chefs served free biscuits and coffee prepared from the chuck wagon. The ranch names and brands will soon be on permanent display in a special book at the Winslow Visitors Center.

The Winslow Windmill is the brainchild of David and Ann Hartman, owners of Cross U Management Company. They offered to build an American West ornamental windmill at the public park in order to recognize the historical significance and ongoing impact of the area’s ranching industry. They then received funds to install the six-foot windmill on its nineteen-foot ornamental redwood tower from several companies that support the project: Gicon Pumps & Equipment and American West Windmill & Solar donated the windmill and delivered it to Winslow; Gene Hancock and RT Rentals donated the excavation for the concrete slab base; Winslow Ready Mix and McCauley Construction donated cement and labor; and Cross U Well Service donated additional labor and equipment.