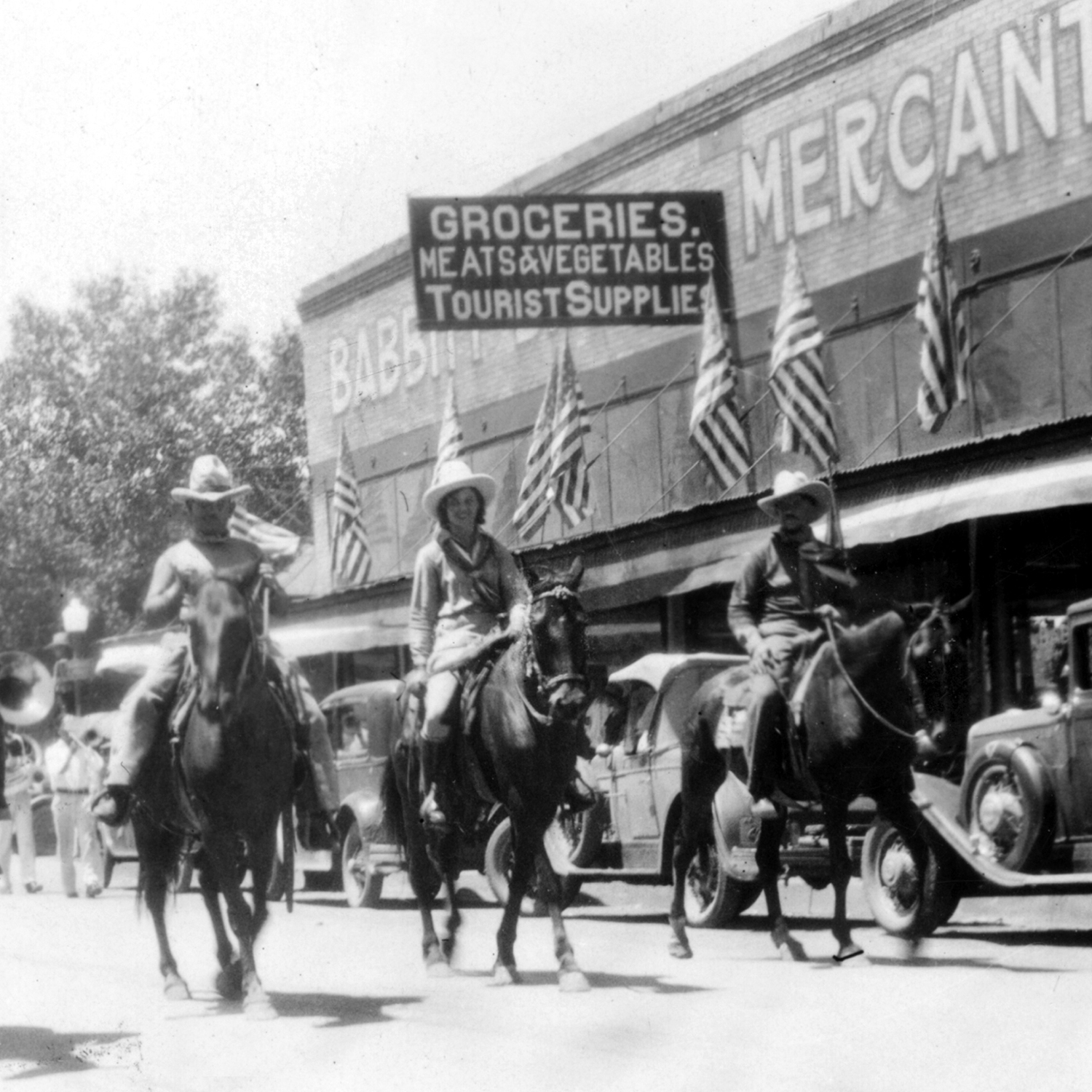 The Old Trails Museum, Snowdrift Art Space, and the Winslow Arts Trust presented the Snowdrift Art Space Centennial Celebration on Saturday, October 18, in downtown Winslow. This free event celebrated a century in the life of one of Winslow’s most historic buildings. Snowdrift’s main gallery was open for viewing, the Coyote Boys dance group performed the Hopi Eagle Dance, and the Winslow Harvey Girls acted as hostesses for the event.

The event also served as the Old Trails Museum’s Fall History Highlight, when it debuted its latest exhibit, Snowdrift Art Space: One Hundred Years of History. The exhibit, which is now on permanent display at Snowdrift, tells the story of the building’s evolution from the Babbitt Brothers’ largest branch store to its present-day incarnation as an art gallery and community event space. The Babbitts operated one of the most influential and respected corporations in Northern Arizona for over a century.

Built in 1914 to house Winslow’s Babbitt Brothers Mercantile, the Hubbard Building (now Snowdrift Art Space), was the largest single building in town to date. The Babbitts leased the building through the late 1970s, when they closed the large store that had supplied Winslow families with almost everything they needed for decades. The image above is of a Fourth-of-July parade passing in front of Babbitt Bother’s Mercantile, now Snowdrift Art Space, in the 1920s. (Photo courtesy of Old Trails Museum)