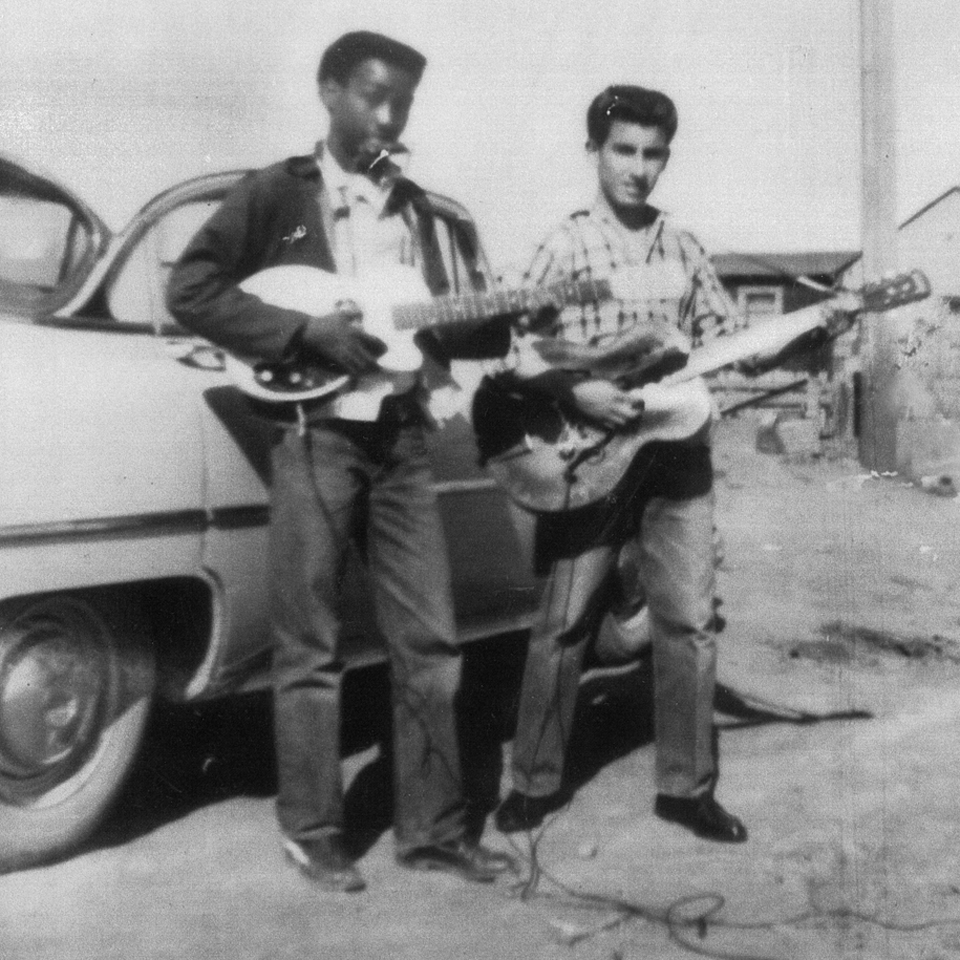 The Winslow Historical Society hosted its 2015 Annual Meeting on Saturday, November 7, for 45 attendees at the Winslow Visitors Center/Hubbell Trading Post.

The free event began at 2 pm with a reception and performance by Arizona Blues Hall of Fame inductee Tommy Dukes (at left with David Chavez Sr. and their first guitars in 1957). The WHS Annual Meeting began at about 2:45 and include the election of new board members and brief reports on museum activities over the past year.

While there, attendees were able to join or renew their memberships for 2016; buy the museum’s 2016 historical calendar, Railroad Town: The Santa Fe Railway in Winslow; and take a ticket for a chance to win a terrific door prize donated by OTM, the Winslow Public Library, the Winslow Arts Trust, and several current board members.

Thank you for joining us for the Winslow Historical Society’s annual celebration of our membership, which is a reflection of the Old Trails Museum’s community support and the backbone of our grassroots fundraising efforts. With you, we have a future; without you, we’re history!