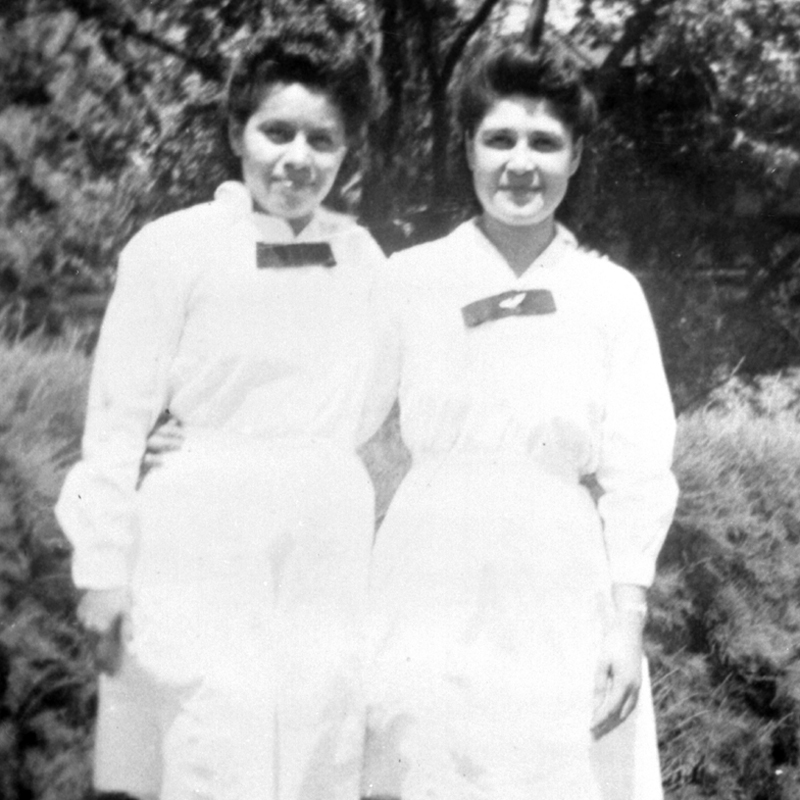 Opportunity Bound explores the experiences and contributions of the Harvey Girls, servers who worked for the Fred Harvey restaurant empire from the 1880s through the 1960s. Over 100,000 brave women left their homes to work for Fred Harvey along the Santa Fe Railway, opening the doors of both the West and the workplace to women. Fred Harvey was not only one of the first American companies to offer quality work opportunities to women, but later became one of the first employers to promote cultural diversity in the workplace by hiring Latinas and Native American women.

Opportunity Bound, which will also be broadcast on over a dozen PBS stations nationally, tells the stories of some of these high-spirited women and how their experiences as Harvey Girls contributed to their future careers and leadership roles. The film provides excerpts from rare interviews with some of the few remaining Harvey Girls as well as with experts such as Stephen Fried, author of Appetite for America: Fred Harvey and the Business of Civilizing the Wild West–One Meal at a Time.

Parks, a television producer in Los Angeles, sees the Harvey Girls as forerunners of the women’s movement. “For women, it was just this amazing opportunity to go west,” Parks says. “You could leave home, you could live under protected circumstances. You could earn enough money to send home to your family. It became this radical thing for the time period.” As Park demonstrates in the film, the Harvey Girls are now seen as pioneers who set a new standard of excellence for women in the workplace and paved the way for generations of independent young women to come.

The Winslow screening of The Harvey Girls: Opportunity Bound was the “Fall History Highlight” in the Old Trails Museum’s seasonal program series. Support for this program was generously provided by Assertion Films, the Winslow Theater, Stephen Fried, La Posada Hotel, the Winslow Chamber of Commerce, and the Winslow Historical Society.