The Story of Winslow

The Old Trails Museum’s permanent exhibit debuted on the museum floor in 2015. The text panels are spread throughout the museum and tell the general history of the town alongside images and artifacts donated by decades of museum supporters. Topics include:

The Old Trails Museum debuted the Journeys to Winslow exhibit in October 2017 in the Skylark Courtyard, which is a stop along the Journey Through Winslow Pathway. Developed by Tess and Lawrence Kenna, the Pathway is a trail for residents and visitors to explore Winslow’s history and current downtown revitalization, and its other stops include the World’s Smallest Church on Route 66 and historic facades and murals throughout the downtown historic district. The Kennas funded the reprinting of Journeys to Winslow, which was originally developed by the Old Trails Museum for the Winslow stop on the Arizona tour of the Smithsonian’s Journey Stories exhibition (above at the Grand Opening in June 2013).

African Americans in Winslow: Scenes from Our History

The Old Trails Museum debuted the African Americans in Winslow: Scenes from Our History exhibit at A Stroll Through Black History, one in a series of events hosted by the NAACP-Winslow Branch to celebrate Black History Month in February 2017. OTM expanded the exhibit for February 2018 and hopes to continue adding oral histories and images from more of Winslow’s African American families. Please contact OTM Director Ann-Mary Lutzick at 928-289-5861 if you would like to contribute. 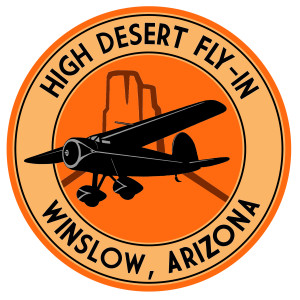 The Old Trails Museum debuted the Flying through History: The Winslow-Lindbergh Regional Airport exhibit at the 2014 High Desert Fly-In, a free annual event when residents, tourists, and pilots from around the country are invited to Winslow’s historic airport to enjoy airplanes, history, food, and more. The exhibit tells the airport’s story from its celebrated beginnings through the present day. For information about the 2019 High Desert Fly-In, go to the event website and Facebook page.

Flying Through History-Panel 4-The US Military in Winslow 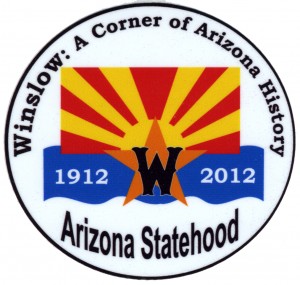 To celebrate 100 years of Arizona statehood on February 14, 2012, volunteers formed the Winslow Centennial Committee and developed Second Saturdays in Winslow, monthly programs that explored Winslow’s diverse history. To kick things off in summer 2011, OTM co-hosted the Arizona Women’s Heritage Trail traveling exhibit, How Splendid is our Past, at La Posada Hotel, and created this companion exhibit entitled Women of Winslow.