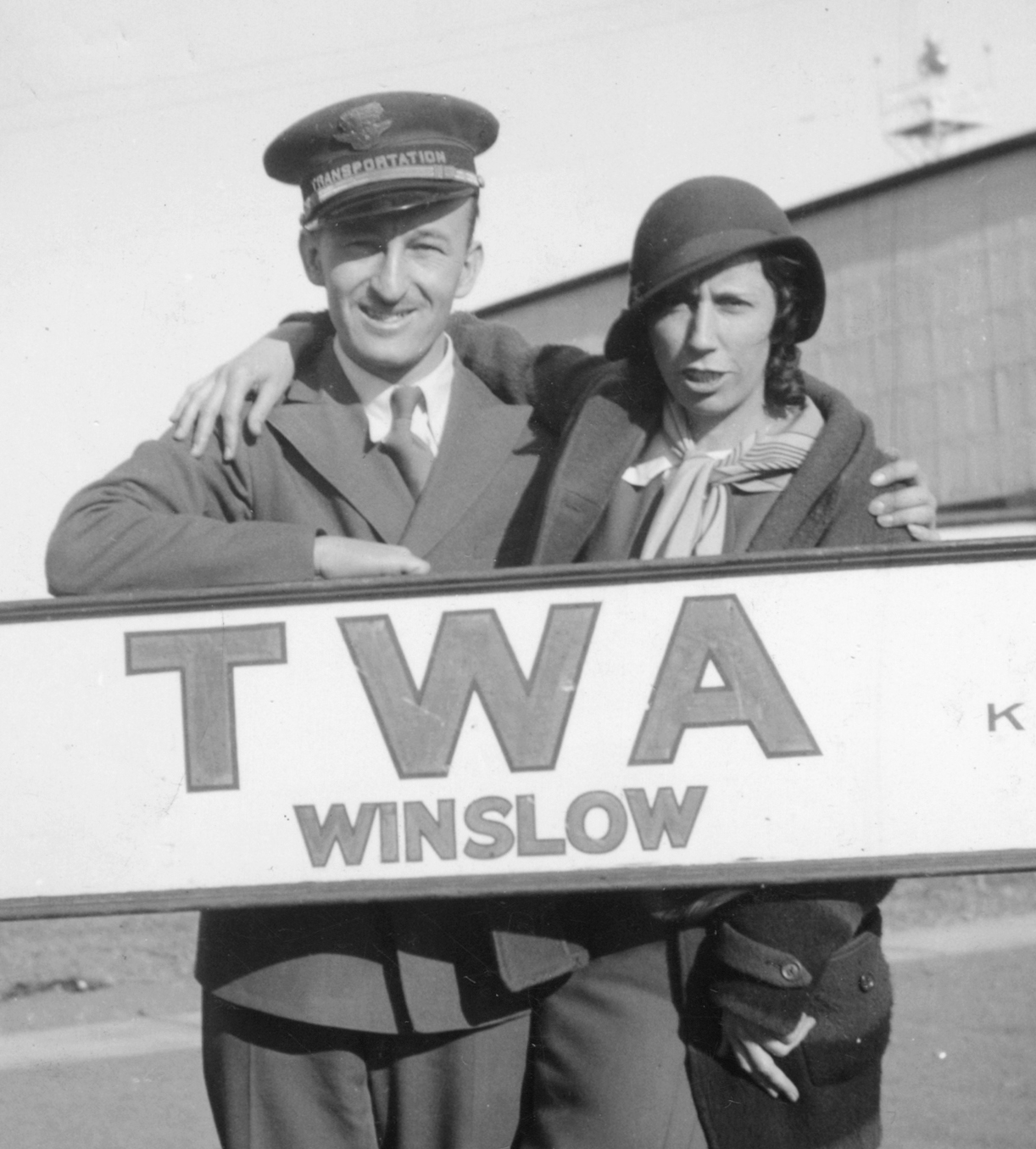 In partnership with the Winslow Arts Trust and the High Desert Fly-In, the Old Trails Museum’s new exhibit, Flying Through History: The Winslow-Lindbergh Regional Airport, will open at La Posada Hotel on Saturday, September 6, and run through January 2015. Admission is free and exhibit hours are from 9 am to 9 pm. The Old Trails Museum’s 2015 historical calendar of the same name will also be available for purchase in the hotel’s gift shop.

Flying Through History explores the story of the Winslow-Lindbergh Regional Airport from its celebrated beginnings through the present day and features the following highlights: In 1929, Transcontinental Air Transport, Inc, or TAT, launched the nation’s first cross-country passenger service. Aviator Charles A. Lindbergh served as TAT’s Technical Chairman and selected Winslow for one of the twelve critical stopover airfields based on its good weather, open terrain, and access to the Santa Fe line.

TAT-Maddux Air Lines merged with Western Air Express in 1930 to form Transcontinental and Western Air, better known as TWA. Winslow’s airport landed six transcontinental TWA passenger and mail flights daily and also hosted one of the most important events in aviation history: TWA’s successful testing of the Douglas DC-1 prototype in 1933. When the United States entered World War II in 1941, the US military quickly converted Winslow’s airport into a refueling and repair stop that landed almost 400 military and TWA flights each day.

TWA ended service to Winslow in 1953, and regional carrier Frontier Airlines began offering daily flights between Winslow and Phoenix in 1950. Frontier ended Winslow service in 1974 and the federal government stopped subsidies to low-performing airports in 1989, sealing Winslow’s fate with regard to commercial passenger service.

The city-owned airport remains active, however, and Winslow contracts with fixed-base operator Wiseman Aviation to run daily operations. Current airport users include medical transport services, the US Forest Service, the US military, the Columbia Scientific Balloon Facility, and recreational flyers. The Winslow Municipal Airport was renamed the Winslow-Lindbergh Regional Airport in 1998 as a lasting tribute to its historical significance and is the only one of the original TAT airfields that remains active.

Flying Through History was made possible in part by a grant from Arizona Humanities. The Old Trails Museum developed the Flying Through History exhibit for the High Desert Fly-In, a free annual event when residents, tourists, and pilots are invited to Winslow’s historic airport to enjoy airplanes, history, food, and more. The High Desert Fly-In is a partnership between the City of Winslow, Wiseman Aviation, the Winslow Chamber of Commerce, the Winslow Rotary Club, the Just Cruis’n Car Club, the Winslow Council on Aging, and the Old Trails Museum/Winslow Historical Society.