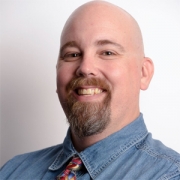 The Old Trails Museum offers its 2019 Winter History Highlight on Saturday, February 9, at 2 pm at the Winslow Visitors Center/Hubbell Trading Post, 523 West Second Street. Educator Casey Davis will explore the US Army’s failed experiment using camels in the Southwest in his free presentation of Hi Jolly and Mystery of the US Army Camel Corps.

In 1857, Lieutenant Edward F. Beale established the Beale Wagon Road, a popular pioneer trail during the 1860s and 1870s that passed through the future town site of Winslow. Beale famously used camels during his expeditions in the newly-acquired and semiarid southwestern territory. Haj Ali – better known in the region as Hi Jolly – relocated from the Middle East along with the camels in order to teach the soldiers how to mind them.

Hi Jolly trekked across the Southwest with the Beale Expedition from Camp Verde in present-day Indianola, Texas, to the Drum Barracks in San Pedro, California. His courage and tenacity not only helped with the camel patrols but also with opening up the region to Middle Eastern immigrants during the latter part of the 19th century. This grand experiment also added to Beale’s military record, especially when some of the camels were used in the only tactical charge led by the Camel Corps.

The camels ate indigenous grasses and were faster and stronger than horses in the desert. Even though US Secretary of War Jefferson Davis desperately wanted the Camel Corps to be successful, the experiment was a failure. This presentation will look at the exploits of Hi Jolly within the larger context of the West, and at how the camel experiment added to the region’s unique history and continuing mystique.

A storyteller at heart, Davis enjoys sharing with all types of audiences. He has been an educator for fifteen years and a writer for much longer. He is currently an Instructional Designer for Arizona State University University Technology Office. Davis has published curricula and textbooks in both the sciences and humanities, and his research interests include American history, religion, science, instructional design,gifted and talented students, and second-language learners.

The 2019 Winter History Highlight is made possible in part by Arizona Humanities, anon-profit organization and the Arizona affiliate of the National Endowment for the Humanities. For the latest updates on all of the Old Trails Museum’s exhibits and programs, subscribe to our “News” feed or “like” the museum on Facebook.