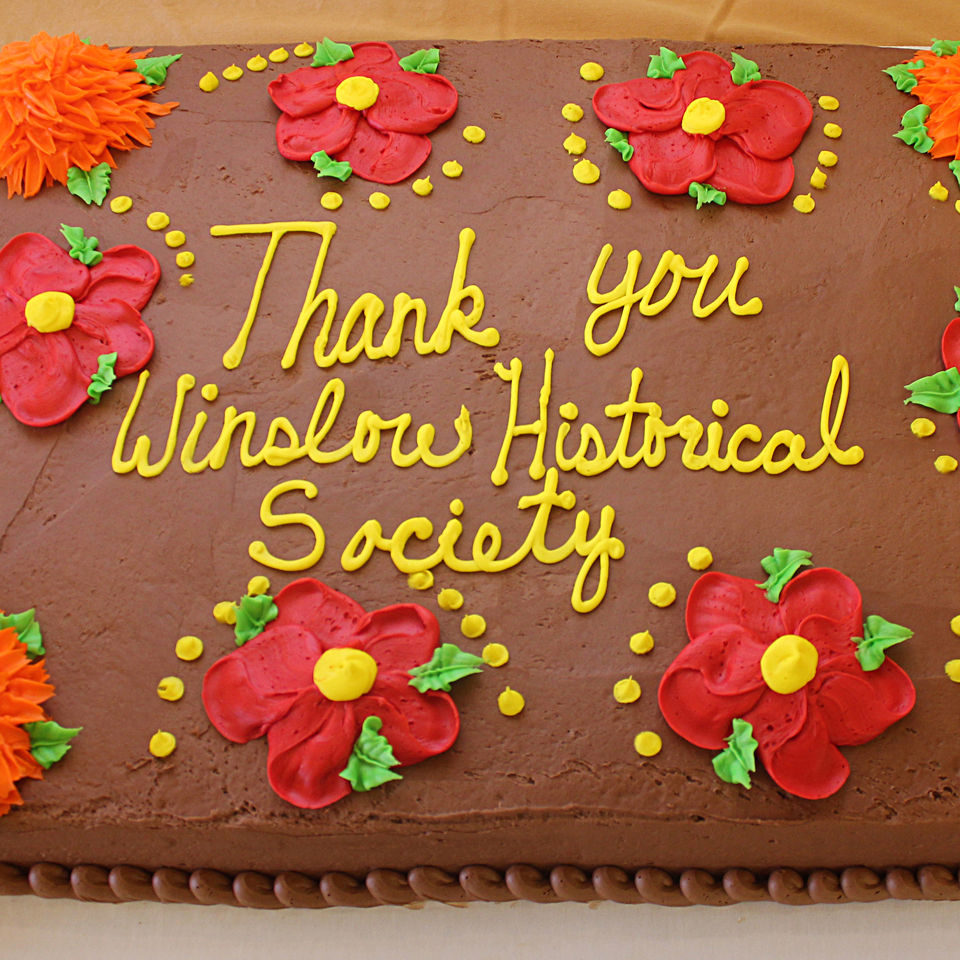 The free event began at 2 pm with a reception and performance by the Better-Than-Nothings, when Greg and Casey performed an acoustic mix of pop, rock, country, and blues classics.

The WHS Annual Meeting began at about 2:45 and included the election of new board members and brief reports on museum activities over the past year.

While there, attendees joined or renewed their memberships for 2017; bought the museum’s 2017 historical calendar, America’s Main Street: US Route 66 in Winslow; and took tickets for a chance to win a terrific door prize donated by the Old Trails Museum Store, La Posada Hotel, and several current board members.

Please join us next year for the Winslow Historical Society’s annual celebration of our membership, which is a reflection of the Old Trails Museum’s community support and the backbone of our grassroots fundraising efforts. With you, we have a future; without you, we’re history!