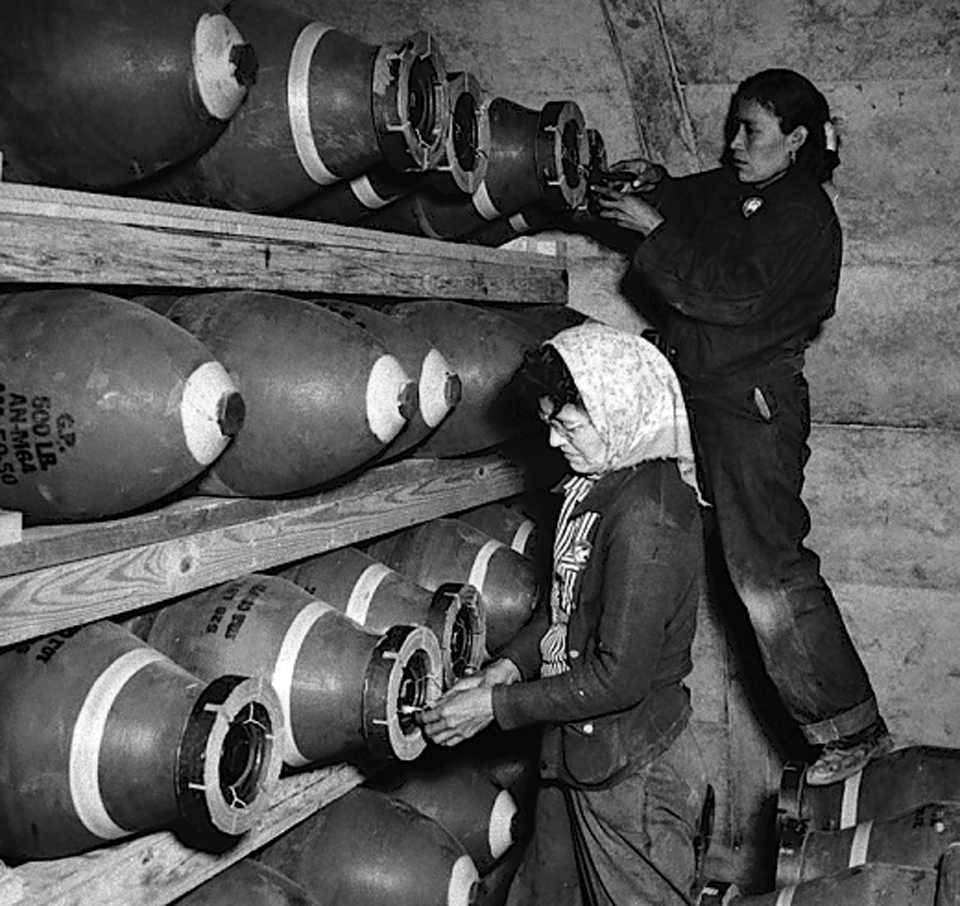 Using historic photographs, Dr. Westerlund will discuss how, just weeks after Pearl Harbor, the War Department announced the construction of a massive ammunition depot at Bellemont, located ten miles west of Flagstaff on U.S. Route 66. The Army rushed the $17 million project to completion in a spasm of boom-town upheaval, and Flagstaff’s population soon exploded from five to twenty thousand.

The struggling new depot was the key storage facility for the busy Port of Los Angeles. Several thousand Navajo and Hopi construction workers stayed on to run it, so the commander invited them to build an “Indian Village” for their families to live on the military base. For many, Navajo Depot was a key stopping point on their migration from tribal lands to Flagstaff and other urban areas.

Meanwhile, the U.S. Navy halted plummeting enrollment at what is now Northern Arizona University by shipping in one thousand sailors and marines to participate in its “V-12” program, designed to produce officers for the largest navy in history.

In addition, in early 1945, the Florence prisoner-of-war camp sent 250 Austrian POWs to Bellemont. Working alongside the Navajo and Hopi staff, they remained until April 1946 and provided over 50,000 man-days of labor vital to the Pacific Theater.

Flagstaff’s wartime story illustrates the results of military expansion on economic, social, and community development in Arizona. The town became an “arsenal of democracy,” where hard work and discipline were required and expected from all. It also illustrates the remarkable co-existence of sometimes contentious ethnic communities, an experience that reached the heart and soul of Flagstaff.

Dr. Westerlund served as a U.S. Army field artillery officer for twenty-six years, retiring in 1994 as a lieutenant colonel. He earned an M.A. and Ph.D. in American History from Utah State University and Northern Arizona University, respectively. Dr. Westerlund’s presentation was drawn from his book of the same name, and he is a frequent contributor to the Journal of Arizona History. Dr. Westerlund was also a seasonal ranger with the National Park Service at the Flagstaff Area National Monuments for eleven summers.

The 2016 Spring History Highlight, a partnership program between the Old Trails Museum and the Winslow Chamber of Commerce, was made possible in part by a grant from Arizona Humanities. For the latest updates on all of the Old Trails Museum’s exhibits and programs, subscribe to our “News” feed or “like” the museum on Facebook.

Harvey Girl Documentary and Panel at NAU
Scroll to top