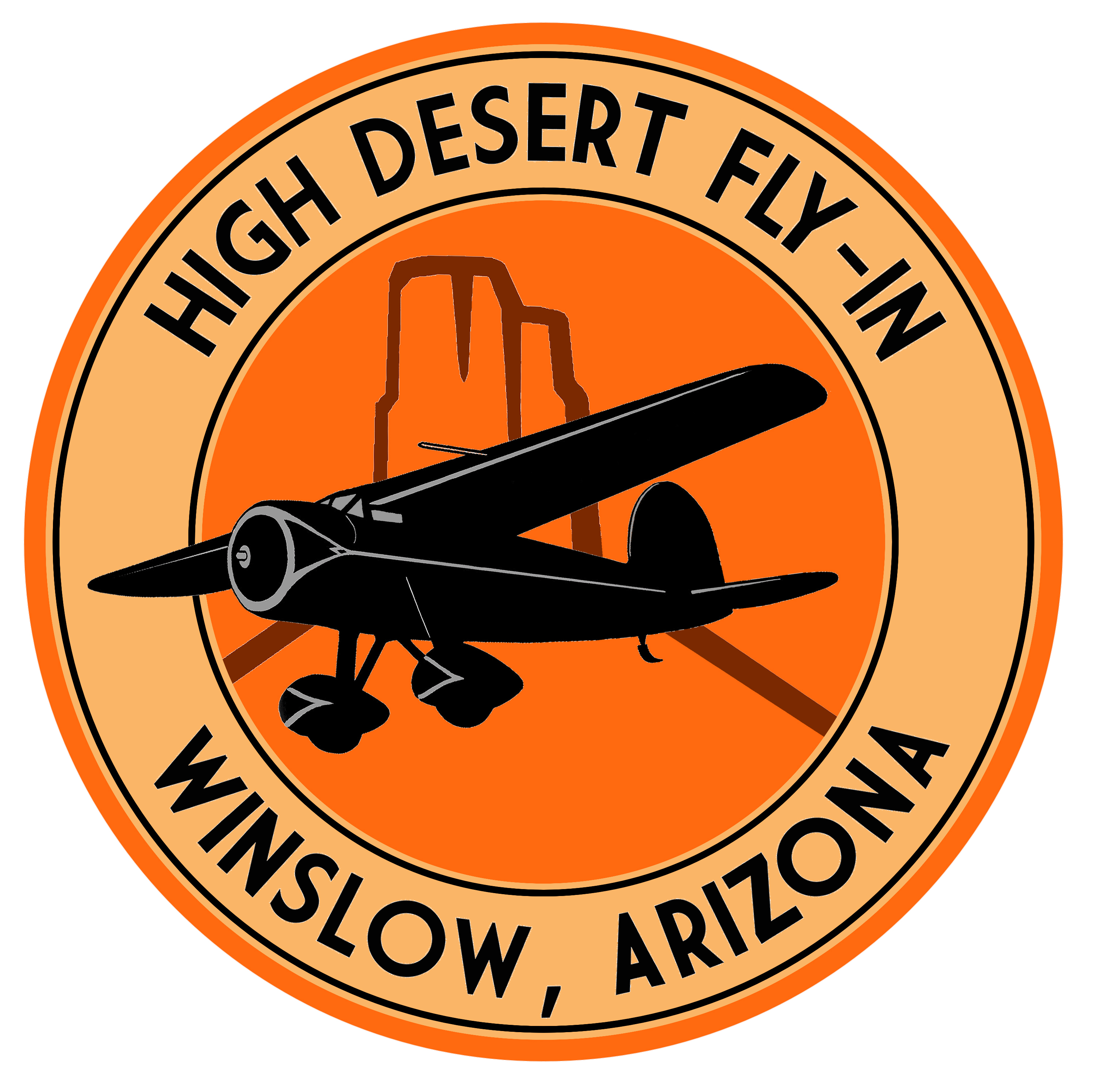 The 2016 High-Desert Fly-In took place at the Winslow-Lindbergh Regional Airport, 701 Airport Road, on Saturday, July 30, from 7 am to 12 noon. Admission was free, and over 300 attendees residents, tourists, and pilots enjoyed airplanes, history, music, dancing, food, and more!

To kick off this year’s event, the High Desert Fly-In Committee hosted the 2016 Fly Back in Time Gala in the airport’s historic hangar on Friday, July 29, the evening before the Fly-In. Doors opened at 6:30 pm, when 150 attendees were greeted by the nostalgic sounds of the Big Band Connection from Flagstaff. A catered buffet dinner was served at 7 pm, and after dinner, dancing to the band continued until 9 pm.

Gala attendees were invited to travel back in time by dressing in vintage clothing while they listen and dance to the Big Band Connection. Since the early 1990s, some of Northern Arizona’s most outstanding musicians have performed in this exciting big band, entertaining audiences with swing and jazz classics made famous by band leaders such as Count Basie, Tommy Dorsey, Duke Ellington, Harry James, and Glenn Miller.

The next morning, the Winslow Rotary Club hosted a pancake breakfast from 7 to 9 am for $5 per person. High Desert Fly-In polo shirts were on sale for $30 to $35, and 2016 historical airport calendars were $5.

Attendees were allowed on the tarmac to view the visiting aircraft, which included general aviation planes and medical transport aircraft owned by Guardian Air and Aerocare. The Just Cruis’n Car Club also hosted a “Show-and-Shine” of vintage automobiles, including the 1940 Seagraves fire truck owned by the Winslow Historical Society.

Inside the historic hangar, the Flying Fun Kids Area included an Airplane Stories drawing and storytelling activity, a Glider-Making Workshop, and an interactive World Travel Map where kids of all ages pinned their favorite travel destinations. Free planes rides for kids were provided courtesy of the Flagstaff chapter of the FAA Young Eagles Program from 8 am to 12 noon (which required a release from parents).

The Flying Through History Area included the Old Trails Museum‘s Flying through History: The Winslow-Lindbergh Regional Airport exhibit and The Swamp Ghost and World War II exhibit. Historian Erik Berg talked with attendees about his artifacts and writings on aviation in the Southwest from Arizona Highways and Arizona Goes to War: The Home Front and the Front Lines during World War II. Attendees also bid on wonderful items donated by local individuals and businesses in the Silent Auction from 7 to 11 am.

Pilots received complimentary gift bags and free shuttles to downtown, as well as 100 ll avgas for $3.99 a gallon during Fly-In hours only. At 10 am, Fred Gibbs of the FAA presented a safety seminar on the WINGS Safety Program and current events affecting aviation. The link to register was on the High Desert Fly-In website.

Go to the High Desert Fly-In website for the latest details on the 2017 event, and find us on Facebook. We hope to see you again next year!

2016 Summer History Highlight: The Lindberghs in the Southwest